The lived experiences of the Covid-19 pandemic are starkly divided along gender lines, and the pandemic has already exacerbated gender inequalities within the home and in the labour market across countries. To understand the gendered impacts and experiences of the pandemic in urban Pakistan and inform gender-sensitive policy responses, researchers from IDS and IDEAS, working as part of the Action for Empowerment and Accountability programme), conducted a phone-based survey with men and women from nearly 1,500 households in Lahore during September and October 2020. 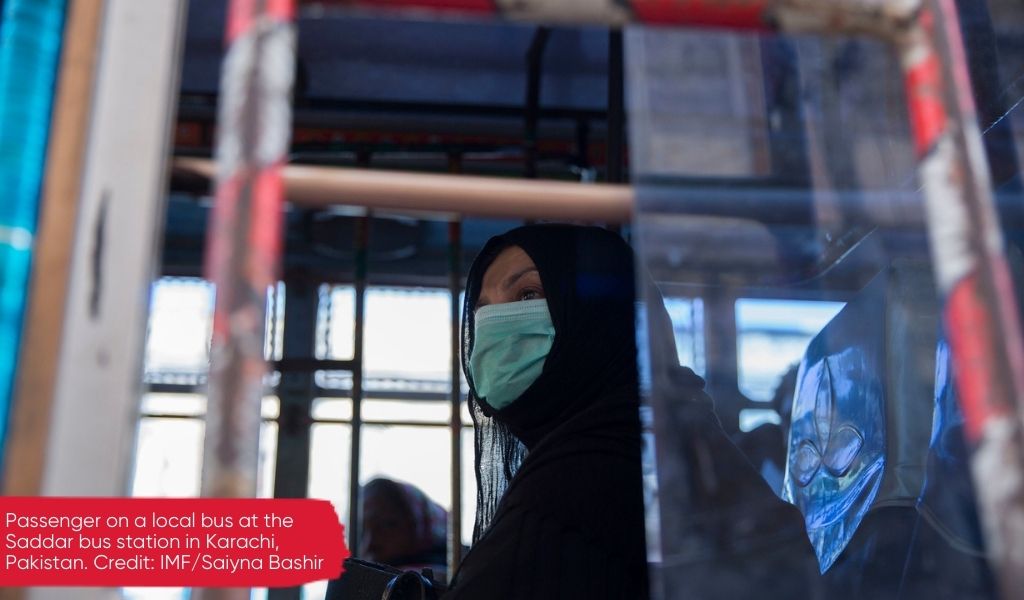 Around one in five people we surveyed reported personally knowing someone who had been hospitalised or had died due to Covid-19, with men in our sample nearly twice as likely as women to personally know someone from outside the household.

Underlying the gap in exposure are stark differences between men and women’s social interactions and their participation in public life outside the home. Women in our sample, and in Pakistan overall, are far less likely than men to work outside the home: 90% of women in our study are housewives.

In a 2019 paper, Kandpal and Baylis study the “social networks of married women in patriarchal societies” and find that women in rural Uttrakhand, India, report having only three friends on average. In comparison women in the US report having on average eight friends.

We found that women in Lahore, Pakistan, report having fewer social interactions with other women in their locality than men (57% of women surveyed report meeting others who live in the same lane to talk and share problems sometimes or often, compared to 68% of men). In our study sample, neighbourhood or community level meetings to discuss local issues are a fairly common occurrence: 61% of people had heard about these meetings occurring in their own locality. However, while 15% of men had attended them in the two months prior to being surveyed, hardly any women had done so. These gendered patterns of social interaction help understand why women are far less likely to personally know others who have been affected by the virus.

The men and women in our study had roughly similar perceptions of the prevalence of Covid-19 and appeared to be almost equally concerned about the risk of falling seriously ill from contracting it (see Figure 1 below). This would appear to differ from Galasso et al’s findings from 8 OECD countries which show that “women are more likely to perceive the pandemic as a very serious health problem and to agree and comply with restraining measures.” 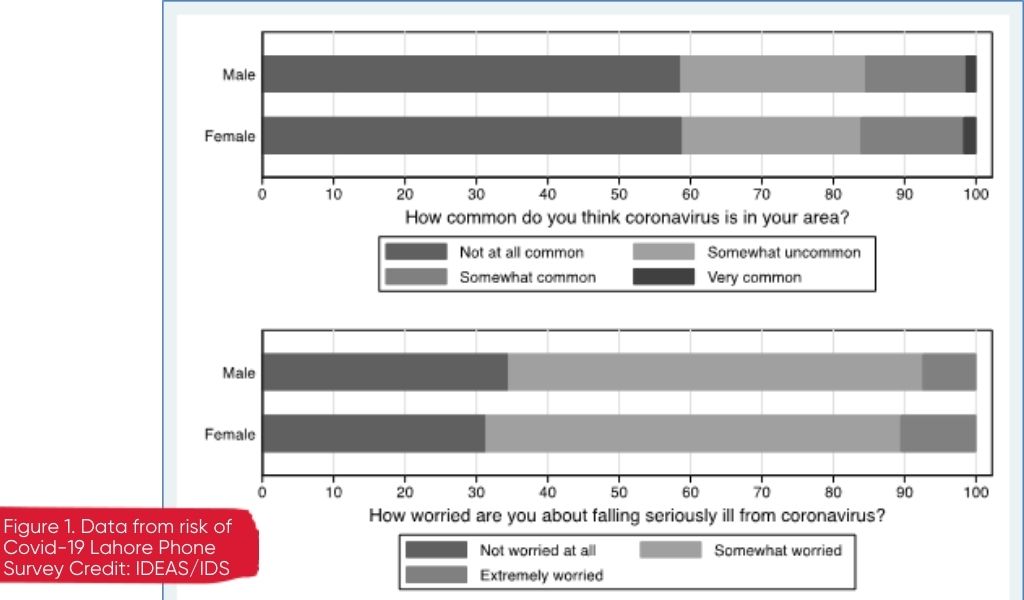 However, digging deeper we see that those who report knowing someone affected by Covid-19 are more likely to think that the virus is common in their area, and be worried about falling seriously ill from contracting it (see Figure 2 below). 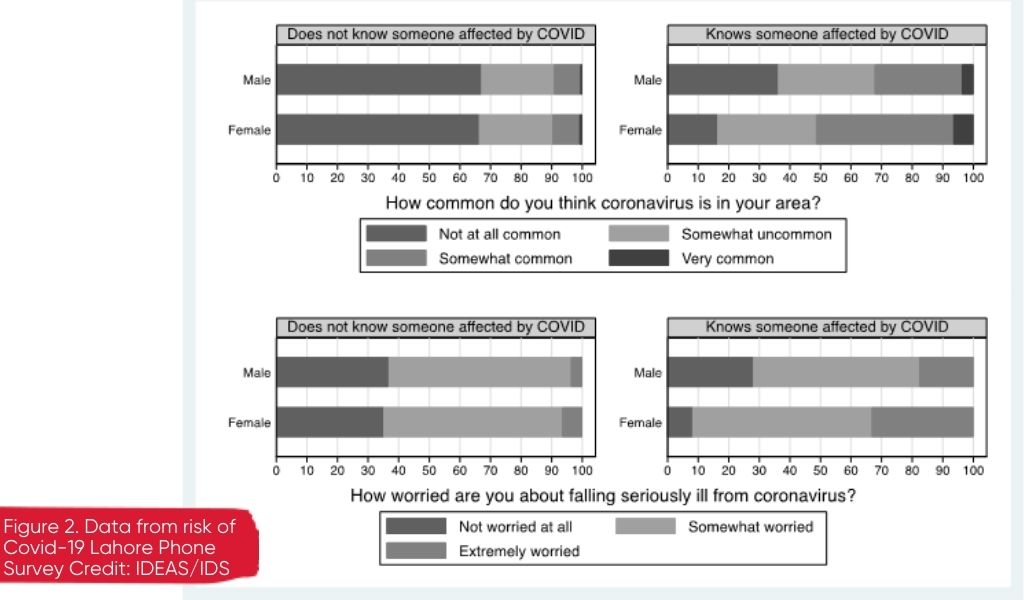 Figure 2. Perceived prevalence and risk of falling ill from virus among men and women, by exposure. Credit: IDS/IDEAS

Moreover, among those who know someone affected by Covid-19, women have much higher perceptions of prevalence and risk than men. Further work is needed to assess whether this is because some women are both more likely to know someone affected by the virus and to have higher perceptions of risk, or if women and men respond differently to learning that someone they know is affected. Of course, these explanations need not be mutually exclusive.

Nevertheless, what we can say is that the similarity in perceptions observed between men and women in general in our survey, including both those who know and who don’t know someone affected by Covid-19, is misleading. Underlying gender inequalities in social interactions mask the gender gap in attitudes we would observe if men and women were in fact exposed at equal rates.

Given women’s relative exclusion from social networks which could facilitate learning about the prevalence of the virus in their communities, there is a strong case for targeting women with informational campaigns about local transmission rates and risks. However, in a context with a stark digital divide, which has only become exacerbated by the pandemic, mass mobile and internet-based campaigns are unlikely to reach most women. Creative strategies are needed to reach women including information adverts during TV programmes with high female viewership.

Attention to the gendered implications of Covid-19 has been accompanied with calls for the collection and analysis of sex-disaggregated data. However, what this preliminary analysis makes clear is that we must also bring contextual knowledge and a gendered lens to the interpretation of such data to draw useful conclusions, comparisons, and policy recommendations.

Ali Cheema is an Associate Professor of Economics and Politics at Lahore University of Management Sciences and Senior Research Fellow at the Institute of Development and Economic Alternatives.