While these positive swings most certainly indicate improving trends in women’s political inclusion, should we see the lack of a gender gap in turnout as indicative of women’s political agency? My recent research in rural India suggests maybe not. To evaluate this question, I conducted a series of qualitative and quantitative interviews with women in rural Madhya Pradesh about their voting behavior and political participation. What I systematically learned was that many women, even those who showed up to the ballot box on election days, lacked complete agency over their political decisions.

Political agency refers to the ability to act in accordance with one’s own interests without coercion or resistance. The study of women’s agency has deep roots in South Asia, gaining global traction through the proliferation of a focus on women’s empowerment or, as defined in a key piece by Naila Kabeer, ‘the process by which those who have been denied the ability to make strategic life choices acquire such an ability’. The aim of women’s political empowerment is, therefore, to ensure women’s political agency.

Analyzing survey data from 1,725 men and women (all adults residing in two villages), the purple bars in Figure 1 show the share of men and women who report themselves as being most influential in their voting decisions: 62% of male, but only 45% of female voters state they have agency over their voting choices. It is clear that a majority of women do not express political agency, but what is more interesting is that this also applies to a large number of men. In fact, young men under the age of 40 report roughly the same rates of vote agency as women. However, 85% of men over the age of 40 report voting agency. 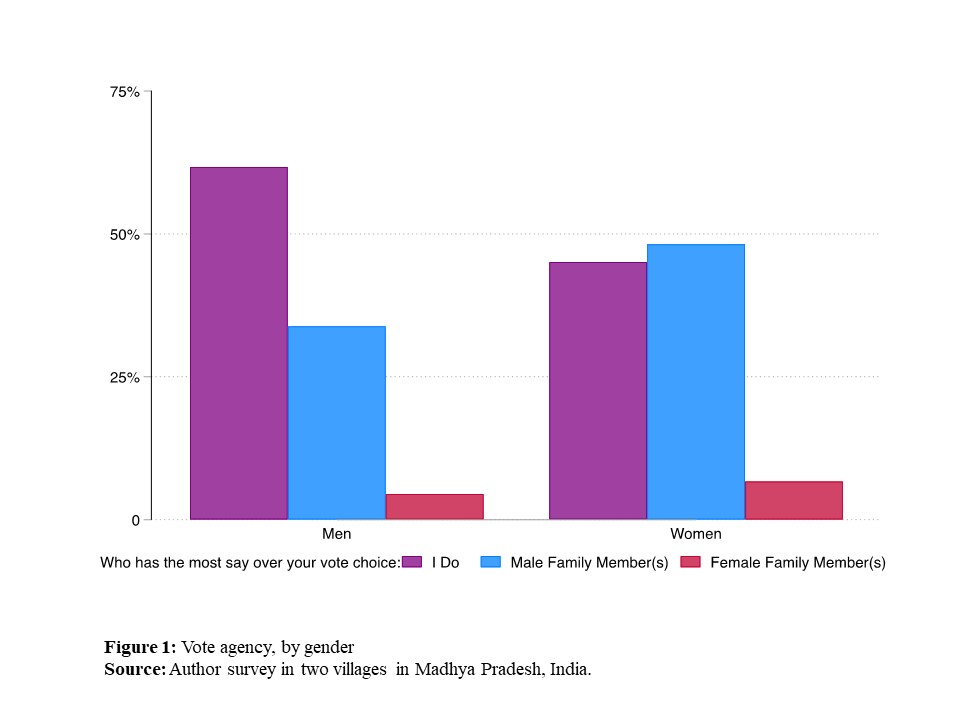 Coordinated political behaviour is valuable because it improves the ability to advocate for the household’s interests, while simultaneously affording households’ decision-makers the chance to negotiate benefits in exchange for their respective household’s support. Household coordination is, therefore, both a rational response to a system of service delivery that privileges households as an institution, and an irrational consequence of within-household coercion. This is reinforced by strategic politicians, who benefit from the electoral mobilization that household political coordination can facilitate. Patronage and responsiveness are more easily delivered to a household than to individuals separately. 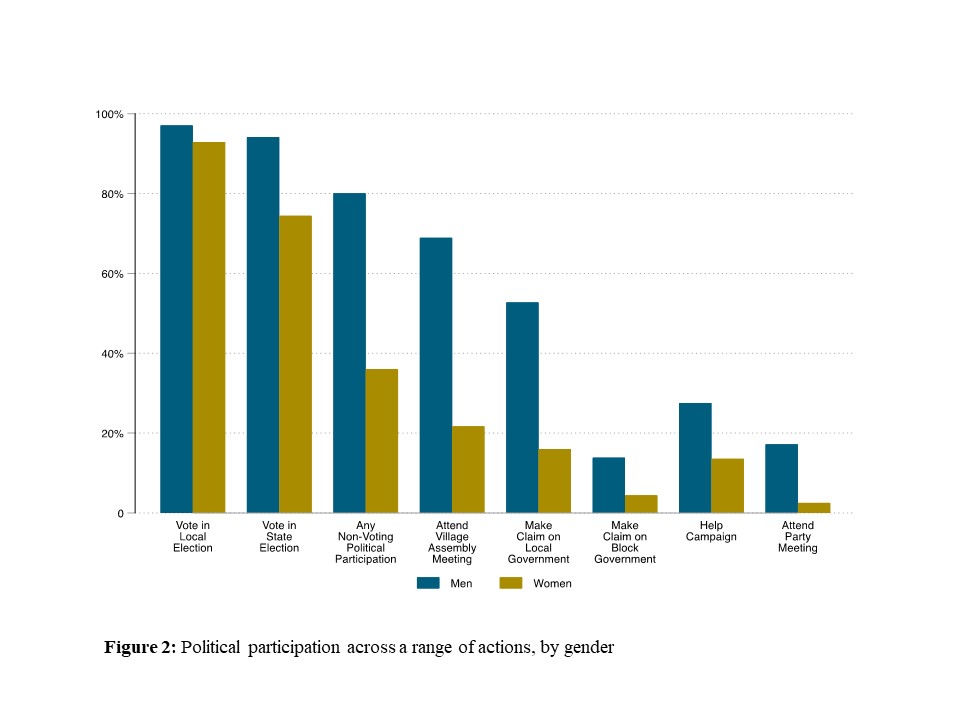 Household coordination implies that women are often subjects, principally of their households, as opposed to agents and this is particularly likely in places where gender inequality is pervasive. The coordination of women’s political behavior with the household is likely to lead to an under-representation of their interests and the perpetuation of gender inequalities in political institutions. In her study of intrahousehold political decision-making, Sarah Khan demonstrates the extent of this phenomenon, showing that in gender unequal environments, it is precisely the women with the most distinct preferences within the household who are the least likely to express their preferences when asked.

When will women become agents over their own political decisions? If, as I have suggested, the constraint to women’s political agency is the nature of household political decision-making, then it stands to reason that autonomy from the household is likely to foster greater political agency and, ultimately, political participation. Comparing women within villages, I find that women who have a high degree of autonomy from their households, as measured based on the relative importance of the family within their political network, are ten percentage points more likely to participate in politics in between elections.