Learning to Labour: samples of life in Pakistan under Covid-19

Policy decisions are expected to be made after a rigorous cost benefit analysis. All trade-offs are carefully weighed. Prior experience and empirical evidence are also factored in. However, for some decisions, costs and benefits hardly break even. Enforcing country-wide lockdowns to contain Covid-19 spread was one such decision for all governments across the globe, regardless of their fiscal capacity and social security infrastructure. There was hardly any time to estimate costs or benefits. Between lives and livelihoods, the former took precedent.

As a result, pay cuts, mass layoffs, debt defaults, and economic crises at micro and macro levels plagued the world. For countries like Pakistan, the question wasn’t of saving either lives or livelihoods. It was a matter of balancing a health crisis against the life threats of economic poverty. The government was heavily criticized for not shutting down its economy within the first two weeks after the diagnosis of the first Covid-19 case in Pakistan in February 2020. By mid-May, it was subject to criticism from all quarters for its eagerness to lift commercial restrictions. With a literacy rate of about 59% and an internet penetration rate of 27.5%, could Pakistan – its government, and its people – sustain a longer lockdown? No is the answer based on data analyzed from the Pakistan Social and Living Standard Measurement Survey (PSLM) 2018/19.

Blanket lockdowns for extended periods are economically more viable for developed economies in contrast to developing/emerging ones. Literacy rates, levels of digitization, nature of jobs, and structural arrangements of the economy are key determinants of the capacity to transition effectively from on-site employment to working from home. PSLM 2017/18 provides extensive information on occupation, income, possession of digital devices, access to the internet, and prior exposure to the internet for a representative sample of the Pakistani population. A linkup of this dataset with the Standard Classification of Occupations estimates that, on average, only 10% of jobs in Pakistan can be switched online to enable work from home or hybrid work. 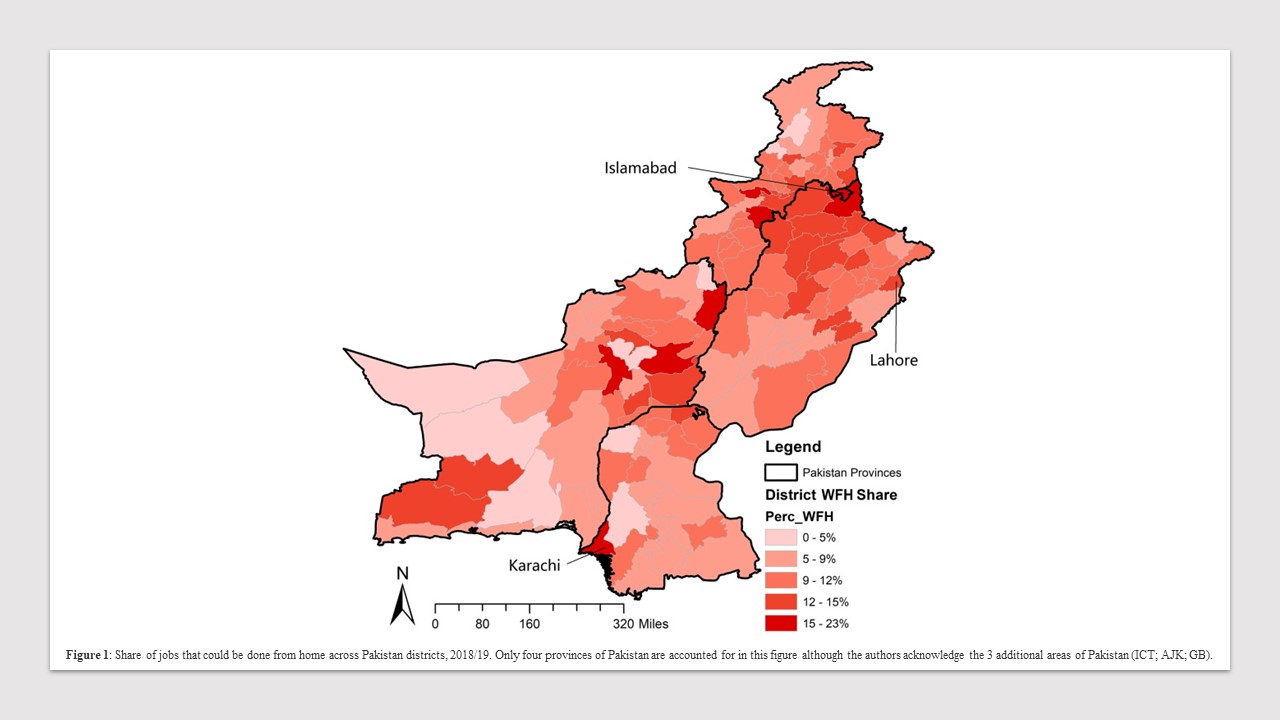 The breakdown for regions reveals that approximately 12% of urban jobs and 9% of rural jobs can be switched online to enable work from home (Figures 2a-b below). Interestingly, stark intra-region variations are observed. For instance, the average share of jobs that can be switched online is much higher for northern urban districts than their southern counterparts. Data from the country’s megacities paints a clear divide between the million-plus urban centers and the rest of the country. Heterogenous analysis reveals that the megacities have an online job feasibility of over 20% (Figure 2c), which is not only higher than the rural average, but also constitutes the mean share of digitizable urban jobs. 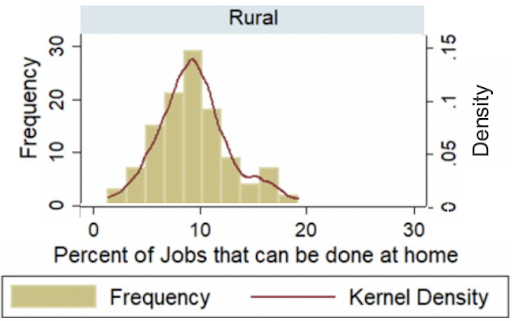 Figure 2a: Distribution of work-from-home feasibility across rural Pakistani districts
Source: Author calculations based on PSLM 2018/19 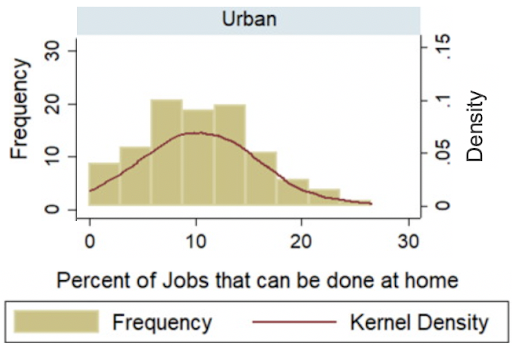 Figure 2b: Distribution of work-from-home feasibility across urban Pakistani districts
Source: Author calculations based on PSLM 2018/19 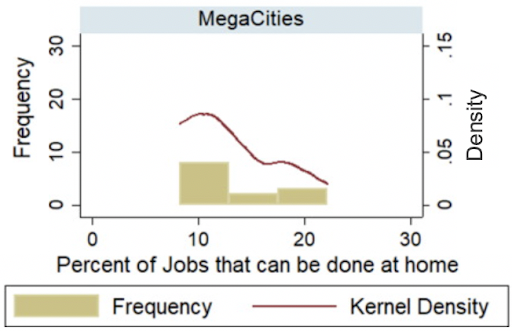 To summarise, had the government extended nationwide lockdowns for a few more weeks, the International Monetary Fund (IMF)’s prediction of a 40% Covid-induced spike in the country’s poverty rate would have become a reality. The consequences for a cash-strapped, fiscally incapacitated country like Pakistan would have been dire. Data reveals that 40% of the country’s workforce is engaged in agriculture and allied sectors. Some 70% of the tasks in these sectors are field-related. But if 73% of rural households don’t have access to the internet, the remaining 30% of tasks in the farm economy could not have been digitized. To summarize, a health emergency coupled with a crippling economic crisis and food insecurity would have resulted in a human tragedy for Pakistan.

Interestingly, female-dominated professions in Pakistan – healthcare and education, for instance – have a higher feasibility rate for digitization in contrast to male-dominated occupations, such as manufacturing or transportation. We find digitization feasibility rates for female-dominated occupations to be as high as 76% in education and as low as 0% in male-dominated fields like transport and logistics. While this is an encouraging finding on the basis of which to further increase female labor force participation rate in female-dominated professions, the risk of career stereotyping and exacerbated socioeconomic gender inequalities is significant. This is especially important given deep-rooted, systematic inequalities already constrain access to education for girls in Pakistan. On average, less than half of school-aged girls ever enroll in a primary school. The share further drops to 30% in secondary schools and only 20% in tertiary schools.

More broadly for the education sector, though, even if educators manage to switch to online schooling, it seems unlikely that a majority of Pakistani students at the school level will be able to routinely, and productively, attend an online class. For instance, just in Balochistan, with 0% of primary school students having uninterrupted access to a computer or just about 19% of them having some sort of internet connection, online education remains a distant dream, let alone a probable reality. So just as blanket restrictions could not have boded well for the Pakistani economy, blanket and continuous Covid-induced school closures across Pakistan (as has been the case in many other country contexts) would only have exacerbated our struggling educational outcomes. Indeed, they may already be doing so.

One ray of hope amidst these valid concerns is teleschooling. In April 2020, the Government of Pakistan invested in a TV-based educational initiative called TeleSchool to manage anticipated learning loss amongst the country’s children due to nationwide lockdowns. The government then went on to complement this through online, radio and SMS nudges for an expanded spectrum of response and insurance against learning loopholes during school closures. Although the jury is still out on direct links between such interventions and remediation of basic educational outcomes, the strategy presents an important model for outreach. For example, access to television for primary school students is as high as 72% in Punjab’s megacities and 74% in Sindh, with Balochistan and KP slightly lagging behind at 56% and 44% respectively. These figures suggest a learning avenue into which the state can indeed tap as part of a revised educational stance for crisis situations like the pandemic.

Educational institutions were the first to shut down and last to open since the emergence of the pandemic. On-campus learning remains in contention given the imminent fourth wave. Since access to television is much higher compared to internet and digital penetration in Pakistan, properly curated and effectively delivered teleschooling through national television offers a viable solution. To be fair, this solution alone may not be a foolproof one because actual home experiences of learning through TV will vary. But it is our hypothesis that such measures are an important step in the direction of learning loss mitigation, which can help insulate students (especially girls) against dropping out of an educational process. For instance, in rural KP, female physical enrolment in secondary and tertiary schools hovers around 19% each, but girls’ access to TV disaggregated at those same levels is reported at 30% and 44%, respectively. This suggests TV can be a mechanism through which to make up for missed physical school opportunities.

An analysis of available data on internet access, prior exposure to the internet, and the digitization feasibility of jobs (with ramifications for education) reveals that Pakistan could not have sustained blanket lockdowns as a mid-to-long-term policy measure against Covid-19. Compliance with SOPs coupled with targeted, micro-level smart lockdowns, as observed since May 2020, are the only practical solution to a pandemic-struck, fiscally weak, developing economy like Pakistan. With a mere 10% occupational digitization feasibility rate in a country of 220 million, nationwide shutdowns for extended periods are not an option for the economy, but especially for learning (on which any future economic growth will have to be premised). One way the Government of Pakistan can prepare for Pakistan’s productive future is, therefore, serious and well-planned investment into distance and remote learning platforms to ensure that educational journeys for Pakistan’s future – its children – can continue despite Covid’s disruptions to everyday life.